QDC Squeezes Every Drop of Productivity

Like a thoroughbred racehorse waiting at a stuck starting gate, operators of stalled high-speed presses waiting for the completion of a die change are chomping at the bit to get to work. So, when management at electrical-contact manufacturer JAE Oregon saw an opportunity to conduct a deep dive into im

proving die-change-related downtime in its pressroom, the company went to work.

A look down press row at JAE Oregon, including press four, a 40-ton high-speed model that runs at speeds to 800 strokes/min. and has recently been retrofitted with hydraulic clamping mechanisms to quicken die changes.

“Our two newest high-speed presses, 60- and 80-ton models from Yamada Dobby, both have hydraulic clamping,” explains Jahvon Hammond, senior manufacturing engineer at the 116,000-sq.-ft. facility in Tualatin, OR. “Once we realized the productivity benefits of the hydraulic die clamping on those presses, compared to manually bolting dies in place, we became very motivated to further investigate retrofitting our older presses with hydraulic clamps.”

Stamping operations at JAE Oregon comprise 11 reel-to-reel press lines. Eight original presses work in one room, and three newer presses work in another room, including the two Yamada Dobby models that the firm added in 2014 and 2018.

Nine of the 11 presses stamp a variety of electrical contacts at 300 to 800 strokes/min., while the newest presses stamp larger, more complex ground shell covers at 80 to 200 strokes/min. The plant processes more than a dozen different copper alloys, bringing in strip 12 to 60 mm wide and 0.2 to 0.9 mm thick.

“We stamp female socket terminals, male formed-pin terminals, and flat-pin terminals, used inside of connectors generally for through-hole or surface-mount applications,” Hammond explains. “Die size varies greatly. Once we brought in the two newer presses, primarily to fuel our expansion with new customers, we decided we could no longer afford to put several operators into a workcell to facilitate our changeovers.”

Retrofitting hydraulic clamps to one of its high-speed presses eliminated 9 min. from the die-change process—the time it takes for operators to tighten bolts during a die change. 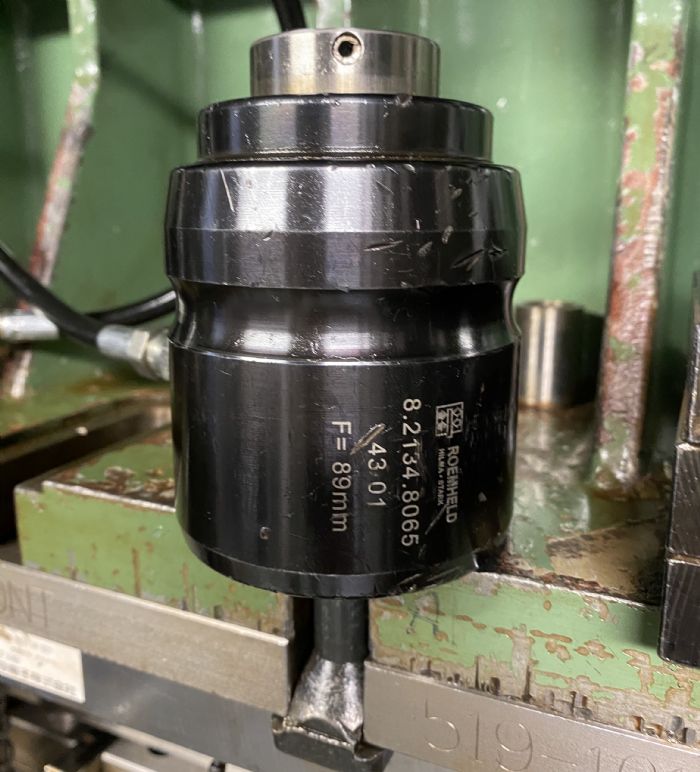 After taking a hard look at the manual die-change process, Hammond and his team discovered that it took an average of 9 min. just to bolt down a die.

“We’re changing dies on some of our lines two to four times/day,” he says, “to support customer demand. That’s a lot of direct manual labor just spent turning bolts, and it also takes away from our productive press-run time.”

At the same time, customers continue to shift their operations more toward just-in-time. “That shift has motivated us to continue seeking ways to increase flexibility and process effectiveness, to improve producti

vity and minimize inventory levels,” Hammond says. “When we conducted a kaizen event, in April 2017, to look at our setups and try to standardize, we observed a variation in production-setup times by as much as 45 percent.”

To hone its die-change processes and procedures and become more consistent, the pressroom conducted a week-long exercise, created spaghetti diagrams, and looked to identify and eliminate waste in the process. The results of that kaizen event became evident in a study of press overall equipment effectiveness (OEE). “We were able to reduce that setup-time variation by 35 percent,” Hammond says, “and improve OEE by 17 percent.” 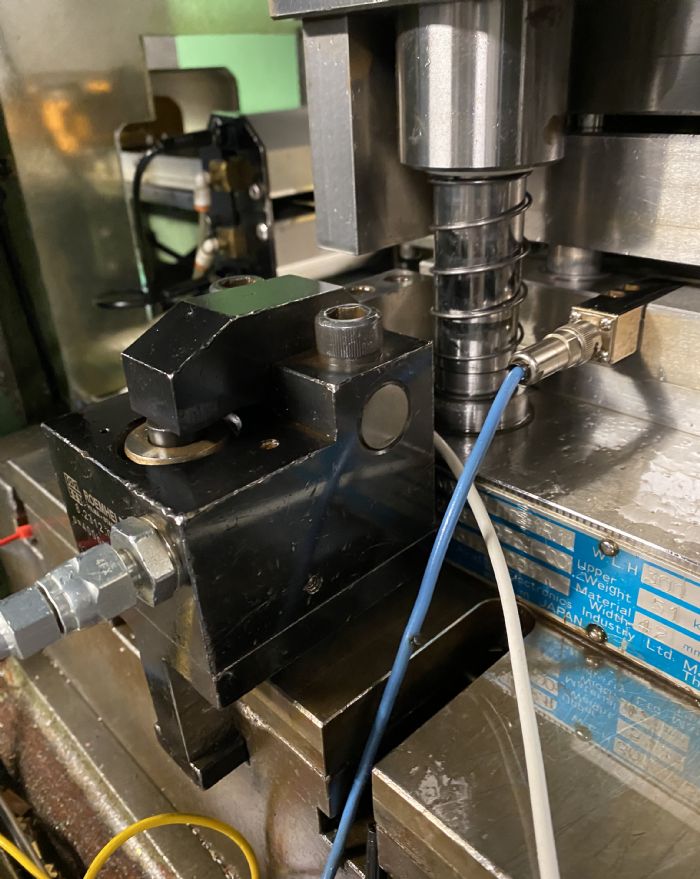 With its QDC process standardized and optimized, including adding standard top plates to its dies and V-blocks to press rams to enable quick and repeatable die locating, attention turned to retrofitting hydraulic clamping onto one of the older presses. First up: a 40-ton press that experiences, due to its product mix, three to four die changes per day.

“There are a lot of options when it comes to evaluating clamp styles and sizes,” Hammond says. “We sought a supplier who could come in and educate and collaborate with us, to help us understand the different clamps available and ensure that we matched the right equipment to the application.”

In the end, JAE Oregon selected Hilma clamps (from Carr Lane Roemheld), going with a single-acting spring-return hollow piston cylinder clamp for the top die (60-kN clamping force at 400 bar, 12-mm stroke). For the bottom die, Hilma recommended an angular single-acting spring-return clamp assembly (40-kN clamping force at 400 bar, with a 5.5-mm total stroke and 2.5-mm clamping stroke), which, “due to their manageable and rounded design,” according to company literature, makes the clamps “especially suitable where space is limited and with small clamping edges.”

“Collaboration among our engineering team and Hilma’s really led to the success of this project,” Hammond says, which completed in January 2018. “Downtime due to die changes on that press have been reduced by 38 percent, and our cost-justification analysis shows an 18-month return-on-investment for the clamping retrofit. We’ll be looking to retrofit some of our other presses—those that see the most frequent changeovers—in the near future.”

Ensuring continuous improvement in OEE and die-change times has the pressroom and die shop at JAE Oregon also focused on die readiness—more precisely, on preventive and predictive maintenance (PM) rather than corrective maintenance.

“We started down this path in 2012,” Hammond says, “and for the last 3 years in particular have experienced remarkable and consistent results in terms of die readiness. We deployed very aggressive PM schedules to ensure that we repair or replace tools short of failure and, therefore, avoid the excessive costs associated with running worn tools (poor product quality) or having the tools break while running in the press, including unplanned downtime.

“From the beginning of the journey up until today,” he continues, “we have reduced the ratio of corrective-maintenance work orders to PM work orders by 92 percent. Focusing on PM has made a tremendous impact in avoiding production disruptions and allowing us to plan our maintenance activities more efficiently.” MF